It is an indisputable fact that Russia is one of the chess ‘superpowers’ in the world! Many chess grandmasters are (and have been) of Russian descent. Coincidence? I think not!

There are several reasons why Russians are such good chess players. These reasons date back centuries ago and are rooted in the economic, political, and social environment at the time. During the Soviet Union’s existence, chess was much more than a simple game or pastime.

If you’re ready to learn more about Russian chess players and why they are among the best in the world, continue reading.

These are 10 reasons why Russians are among the best chess players in the world. These include (but are not limited to) the following:

Table of Contents show
1. They contribute a significant amount of money and resources into the game.
2. During the USSR, chess was more than just a game.
3. Great honor is bestowed upon its chess champions.
4. The game is associated with wisdom and leadership.
5. Chess was (and is) treated more like an academic subject.
6. In the past, chess was an accessible and affordable form of entertainment.
7. Chess is played and displayed publicly throughout the country.
8. Chess has the capability to influence the nation’s modern politics.
9. The study of the game begins early on.
10. In the past, the cold winters provided for plenty of practice time.
Last Word

1. They contribute a significant amount of money and resources into the game.

The game of chess is ingrained in Russian culture; this goes back to when it was part of the USSR. Both time and money are granted through the Russian Chess Federations for those wanting to achieve success in the sport/game. Chess is usually introduced at a very young age, it’s government-subsidized, and it’s often used in schools to develop academic skills.

In fact, a few years ago, a Russian senator has even proposed making the game a mandatory school subject. One can even take chess classes at a University with grandmasters as the professors!

2. During the USSR, chess was more than just a game.

Like Garry Kasparov once said, “Chess is life in miniature”, the principals are not merely played but lived to the fullest extent. During the Soviet years, there was a tremendous sense of discipline and responsibility among chess players. For them, chess was not only a game but a way of life.

3. Great honor is bestowed upon its chess champions.

The game of chess is highly-prestigious in Russia, with accolades attributed to the greatest players. It is similar to how North America honors its professional sports athletes. Therefore, children, at a young age, are taught that glory and fame can be achieved through chess success.

4. The game is associated with wisdom and leadership.

Many USSR leaders, like Vladimir Lenin and Joseph Stalin, were huge chess fans. For instance, in the 1920’s, poet Vladimir Mayakovsky paid tribute to Lenin by referring to his ability to lead a revolution that managed to lift those whose ‘yesterday’s existence had been that of a pawn.’ He went to add that chess, compared to other pastimes or games, was ‘more useful to leaders.’

This type of mentality has sustained in the country for generations. Participation in Chess is encouraged by the general public as well as those in positions of authority. Just like Vladimir Putin once said:

5. Chess was (and is) treated more like an academic subject.

This was actually more true when the USSR was in place. Although in many parts of the world chess is just another board game, in the Soviet Union (and therefore Russia), the game was given a more intellectual and academic approach.

The skills and abilities developed when playing chess are invaluable and transferable to business and diplomacy.

6. In the past, chess was an accessible and affordable form of entertainment.

Years ago, many people in the Soviet Union lived in poverty, and chess was an easily accessible and affordable source of amusement and entertainment. When few could afford to play organized sports in Russia at the time, chess was a socially-acceptable and widely-available form of gameplay or pastime.

7. Chess is played and displayed publicly throughout the country.

In Russia (as well as in other countries that formed part of the USSR), public areas (like public parks and city sidewalks) are venues for chess enthusiasts to engage in daily competition. People can challenge their peers and develop their skills easily and conveniently, for free, at many social events.

8. Chess has the capability to influence the nation’s modern politics.

For instance, one of Vladimir Putin’s harshest critics is Garry Kasparov, who is considered by many as one of the greatest chess players ever. In 1985, Kasparov became the youngest ever world champion at the age of 22. He is viewed ‘in the West as a symbol of opposition to Putin’.

9. The study of the game begins early on.

Many Russians get their kids interested in chess at an early age. Usually, children in the country begin to learn about chess at an age as young as 4 years old. By the time they are around 10 years old, many of them begin engaging in tournament-style competitions with their peers.

10. In the past, the cold winters provided for plenty of practice time.

Because winters are very long and extremely cold in Russia, back in the days, people needed indoor activities to help pass the time. Thus, playing chess was an activity that many engage in rather than go outside, especially when technology was not available to the masses.

Back in the day, the Soviet Union was truly a grandmaster when it came to chess champions. And now, If you look at the top chess players, many of them are Russian! This is no coincidence, I assure you. And if history is any indication, this country is likely to continue its reign as one the greatest chess ‘superpower’ in the world! 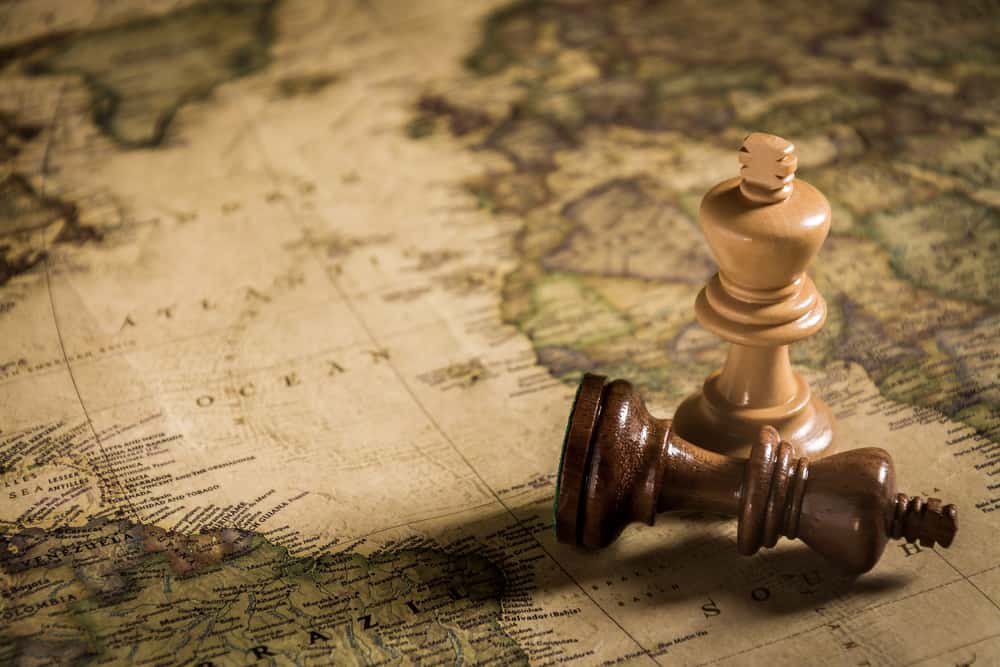