If you are addicted to Sudoku, know that you are not alone. Millions of people around the world are just as obsessed as you are. Sudoku is a quick-thinking numbers game available in a variety of difficulty levels, which means that addicts come from all age groups and walks of life.

Sudoku is good for the mind – that is undisputed – but should be practiced in moderation. If you find that Sudoku is taking away from your life rather than adding to it, that is when it becomes an unhealthy addiction. If Sudoku is merely adding value and fun to your life, you’re suffering from a healthy addiction.

Some might say that there are worse things to be addicted to and that Sudoku is somewhat of a healthy addiction choice. So, it’s important to know if you’re taking your passion for this game too far.

Read on to learn about the tell-tale signs that might make you a Sudoku addict. Hopefully, these will help you understand why your behavior might point to Sudoku addiction.

These are 10 signs you are addicted to Sudoku.

Table of Contents show
1. You lose hours of your day playing Sudoku.
2. You are sleeping less.
3. You can’t stop thinking about Sudoku.
4. Sudoku distracts you from normal responsibilities.
5. You feel depressed when you can’t play.
6. All other puzzles seem boring or have become difficult.
7. You cancel socializing to Sudoku.
8. You can’t go anywhere without Sudoku.
9. You are neglecting family & friends.
10. You have had Sudoku-distracted accidents.
Why is Sudoku Addictive?
Last Word

1. You lose hours of your day playing Sudoku.

If you are unable to moderate how much time you spend playing Sudoku, you are an addict. Losing a few hours playing a numbers game is not all that bad, but if you find that the hours are passing and you don’t even know – day after day – you might need to practice a bit of moderation. Simply set aside puzzle playing times each day and stick to them or use puzzle playing as a way to reward yourself for completing all your other pressing tasks and chores.

2. You are sleeping less.

Most people newly addicted to Sudoku forget to sleep, or are at least willing to lose a few hours of precious sleep while they put their brains to work solving puzzle after puzzle. If this sounds like you, you are addicted! Sleep is essential, so if this sounds like you, make sure that you aren’t playing Sudoku just before bed or while you are lying in bed waiting for sleep to happen.

3. You can’t stop thinking about Sudoku.

4. Sudoku distracts you from normal responsibilities.

Have things to do but just can’t get around to them? Sudoku addicts have a tendency to forget about what they usually have to do, and instead, find themselves lost in a Sudoku puzzle. If you are arriving late to fetch the kids from school, missing deadlines, or not finding the time to study for an important upcoming test, you are probably suffering from Sudoku addiction. It is vital to ensure that your obsession with Sudoku is moderated if you don’t want the game to be considered an unhealthy addiction.

5. You feel depressed when you can’t play.

Ever been told you can’t do something and felt depression or deep-seated unhappiness start to sink in? Do you ever feel the very same way about Sudoku? If you are unable to lead a normal, happy life without something, it is a sign that you are reliant on it or addicted to it. Most Sudoku addicts get quite unhappy and even depressed when they are unable to get their daily fix of the game. If lack of Sudoku in your life is causing depression, you are definitely an addict.

6. All other puzzles seem boring or have become difficult

Once you have started playing Sudoku and got hooked, it is hard to look at other puzzles in the same way again. Sudoku is so engaging that it is hard for other puzzles to match up to it. Sudoku requires minimal mathematical skill or general knowledge.

On the flipside, many addicts of the game have mentioned that since becoming obsessed with Sudoku, they can no longer complete a cross-word with ease. If you are finding that other puzzles seem boring or feel like a waste of your time (or have become too difficult), you may be suffering from a case of Sudoku addiction.

7. You cancel socializing to Sudoku.

If you find that an evening of lazing on the couch or in a bubble bath with a few games of Sudoku is more appealing than catching up with your friends and family, it is a sign that Sudoku is replacing what is usually important in your life. Of course, if you do this once or twice, you probably don’t have a problem. If you do so consistently, you might be catering to your Sudoku addiction. When you start canceling your attendance to events and social gatherings just so you can play Sudoku, you are probably an addict

8. You can’t go anywhere without Sudoku.

Most people carry a magazine or a book around with them just in case they get stuck in a queue and need to stay busy while waiting for something or someone. Some people even choose to spend their time scrolling through social media posts to pass the time and entertain themselves at the same time. However, Sudoku addicts act differently to this. They carry newspapers, magazines, exercise books (and a pencil/pen) or their phones everywhere with them, just because they include Sudoku puzzles that need to be solved.

9. You are neglecting family & friends.

Do not really know what the kids were saying just a few minutes ago because you were absorbed in a game of Sudoku? Find yourself dreaming of your unsolved Sudoku puzzle when out on a bonding date with your best friend? Didn’t visit your mother on the weekend because it was better to play a game or 10 of Sudoku? If your Sudoku playing is robbing your family and friends of quality time with you, you may need to accept that you are an addict. It is essential to find balance, so set aside time for playing and time for bonding. It’s all about moderation.

10. You have had Sudoku-distracted accidents.

Have you ever been so absorbed in your game of Sudoku that you have had an accident? Perhaps you have burned a pot of food on the stove, tripped over something on your way up the passage (or around the house), or let the bath overflow because you have forgotten entirely about it. Whatever the case may be, Sudoku related accidents are a sure sign that you are addicted. If you are spending more time focusing on your puzzle than on what is going on around you and mishaps and accidents start happening; as a result, you are an addict.

Why is Sudoku Addictive?

Some who become addicted to Sudoku often wonder why or how it happened. Why is Sudoku so addictive? Understanding the human brain and mind is the key to understanding why/how Sudoku is so addictive. It is believed that the brain finds Sudoku addictive because it provides the opportunity to continue learning new things with each and every puzzle.

There are millions of puzzles out there and spans of Sudoku variations with interesting rules attached for each. Each puzzle variant provides the brain with a new and exciting way to exercise, and because of the nature of the brain, the more it exercises and strengthens, the more it wants to. The more you play, the more your brain wants to play.

Some people become addicted to Sudoku because it provides an effective form of escapism. If someone is going through a difficult time or suffering from anxiety, a game or puzzle that is as engaging as Sudoku can help the mind (and emotions) escape the worry or obsessive thought pattern and as such, provides much-needed relief (and escape). Most agree that this form of escapism is far better than other popular options of alcohol, drugs, and online gaming.

But that’s not all…for those who are depressed; playing Sudoku can release feel-good vibes, as they experience a sense of accomplishment and motivation with each Sudoku puzzle solved. The good feeling that a depressed person gets each time they effectively solve a puzzle can become quite addictive. The more they play, the better they feel.

It goes without saying that just about anything can become addictive if moderation is not practiced. Being addicted to Sudoku does not have to be a negative thing. If you are willing to moderate how much time you spend on the game and try to incorporate balance in your lifestyle, it could be a very healthy addiction for you after all. 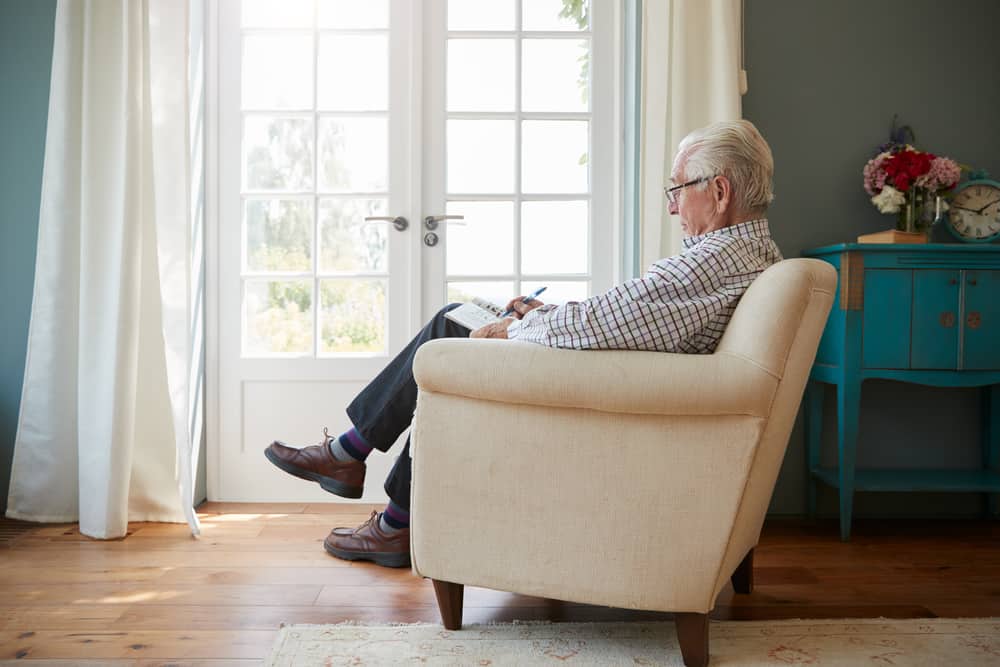 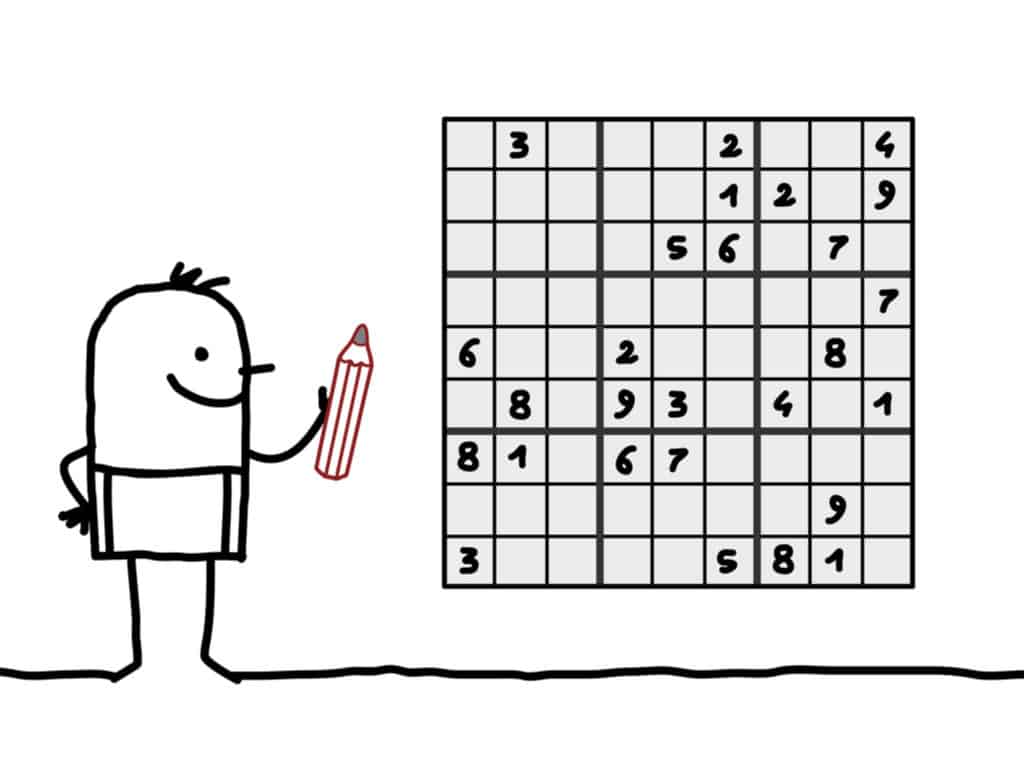