If you are anything like me, you probably love a good crossword puzzle, but surely that’s not all there is out there for someone with a puzzling mind to do? While I would be first in line to do a crossword any day of the week, there are times when I am looking for something else to occupy my mind with, which got me to thinking about alternatives to crossword puzzles that are just as fun.

So … you’ve reached the point in your life where crossword puzzles need a break. Maybe you have done them all, or maybe you just need a break. Whatever the case may be, there are many other games that provide a great brain workout too. Let’s take a closer look at them below.

Give the crossword puzzles a break and try out these 12 alternatives!

Scrabble is a game for 2 to 4 players. It was created in the 1930s by Alfred Mosher Butts, an American architect. It is a word game, much like crossword puzzles. Players aim to score points by using a set of lettered tiles provided to them to create words on a game board. Each tile has just one letter of the alphabet on it. The game board consists of a grid of 15 x 15 squares. The benefits of playing scrabble (as well as other board games) include: mental stimulation, stress relief, vocab and spelling improvement, reduced blood pressure, and memory improvement.

“Sudoku consists of a 9 × 9 grid with numbers appearing in some of the squares. The object of the puzzle is to fill the remaining squares, using all the numbers 1–9 exactly once in each row, column, and the nine 3 × 3 subgrids.”

The Word Search puzzle goes by many names. Some call it a Word Find, Word Seek, or even a Mystery Word Puzzle. This is a word game where players must find hidden words on a square or rectangular grid. All the words hidden in the grid should be circled and marked off. Benefits of doing Word Search puzzles include: improved vocab and spelling, enhanced pattern recognition skills, enhanced language learning, and problem-solving skills. Word searches are available in a variety of sizes and themes.

Othello was originally patented in Japan by a 38-year-old salesman called Goro Hasegawa in 1971. Othello is based on a game called Reversi, which was invented in 1883. The game is a strategy board game that is played by only 2 players. There are black and white pieces that are used on a grid of 8×8 squares. To play, 4 discs (2 black and 2 white) are placed in the middle of the board, and the black disc player moves first. The object of the game is to dominate the board by outflanking the opponent’s discs with your own.

Some of the benefits of playing Othello are: improved strategic and logical thinking, confidence, enhanced complex thinking, and stress relief.

Pictionary is a word guessing game inspired by charades. It was first published in 1985 and is designed for 2 players or 2 groups of players. One player on each team is provided with a category card listing words they then have to sketch. The player must draw the word in a picture using no letters or numbers. The rest of the team then has to guess what is drawn. Points are awarded when the team can guess the word.

Rummikub is a tile-based game that was designed by Ephraim Hertzano in the 1950s. The game is designed for 2 to 4 players. It combines elements from various other games, including rummy and mah-jong. When playing, each player is given 14 to 16 tiles. Players take turns placing tiles into sets of no less than 3 tiles. If the tiles cannot be linked into sets of 3 or more, the player has to draw a tile. The player with the most tiles at the end of the game loses.

Some of the benefits of playing Rummikub include: improved cognitive abilities, stress relief, improved abilities to recognize patterns, and enhanced organizational skills.

Risk is a board game designed for 2 to 6 players. It was invented in 1957 by Albert Lamorisse, a French filmmaker. The game is based on strategy, conflict, conquest, and diplomacy. A world map is usually divided into 42 categories and 6 continents. During the game, players can both form and end alliances as needed. The objective of the game is for players to occupy every territory on the board.

As with many similar board games, the benefits of playing Risk include: improved strategic thinking and planning skills, enhanced confidence, stress relief, and a great mental workout.

The history of Chess is quite interesting. Its exact origins are actually unknown, but the game can be traced back to the 6th Century AD. It is believed that it originated in India and then later spread to Persia. Regardless of where it comes from, it is an undeniable fact that Chess is a firm favorite in many households. The game is very strategy and logic-based, with the main objective being for a player to checkmate the opponent’s King.

The benefits of playing Chess include: improved problem-solving skills, increased IQ, improved memory, prevention of brain diseases such as Alzheimer’s, and a good workout for both sides of the brain.

Much like Chess, the exact origins of Checkers is not known. Historians believe that it dates back to 3,000 BC. The oldest version of the game was found in Iraq in an ancient city called Ur. It is thought that the game is based on Alquerque, which dates back to 1,400 BC. The main objective of checkers is to capture all of the opponent’s pieces.

Yahtzee, previously marketed as Yatzie, is a dice game invented by Milton Bradly in the 1940s. The main objective of the game is to roll five dice to create various combinations in order to score points. Players can roll the dice a total of 3 times in one turn to earn points from a variety of combinations. A game of Yahtzee is 13 rounds long, and after each of these 13 rounds, the player determines which scoring category will be used in the next round. The player with the most points at the end is the Yahtzee champion. Benefits of playing Yahtzee include: improved logical thinking, memory recall, and stress relief.

Backgammon is a game designed for 2 players, which is believed to be more than 5,000 years old. Archaeologists have found remnants of Backgammon at discoveries in Mesopotamia. In the game, each player has 15 pieces that can be moved, depending on the 2 dice rolled, between 24 triangles. The main objective of the game is to be the first player to “bear off” (remove) all 15 pieces. Each player takes a turn to roll the dice and move their piece accordingly. The benefits of playing Backgammon include: improved strategic thinking, patience, stress relief, improved cognitive skills, and critical thinking.

Workout Your Brain with these Games

As you can see from my list above, each of my most enjoyed alternatives to crossword puzzles is also a thinking game. I love to give my brain a good workout and if you are looking for a fun way to do that, in addition to your regular crosswords, then these are great options to consider. Many of these games are considered old favorites or family classics for a reason – they are just that good and are unlikely to go out of “fashion”.

There’s nothing more rewarding for an inquiring mind than a game that actually makes you think. While I still swear by crossword puzzles and always will, I must admit that the above 12 alternatives are still worth taking a look at. I thoroughly enjoy them, and so will you. 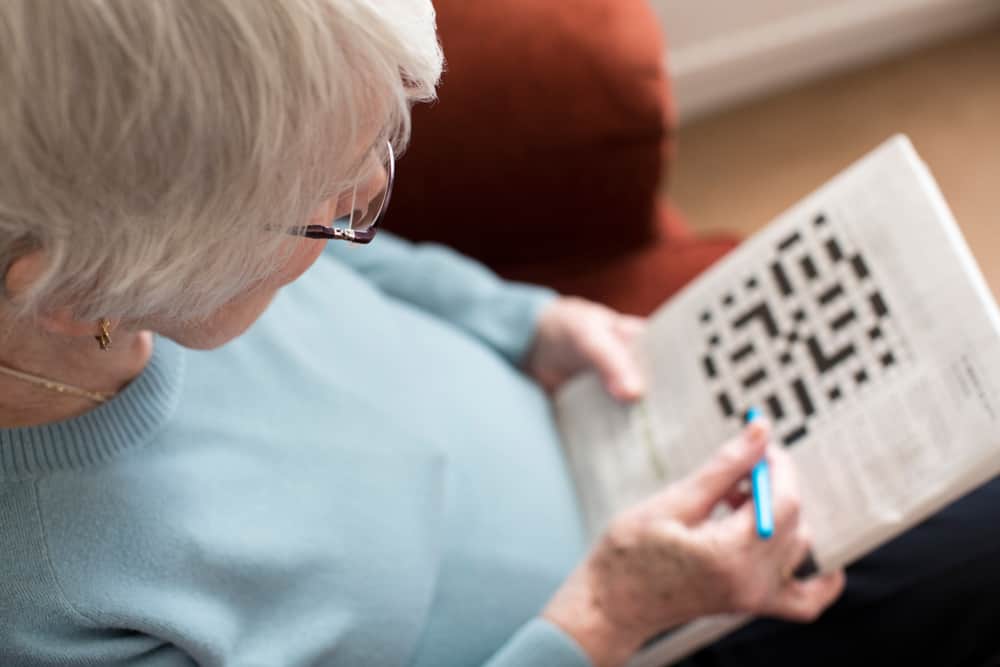