If your kids can’t get enough of Monopoly, they might just be hooked already. I remember I was hooked as a kid, and it got me thinking about the actual benefits of the game. I was recently wondering if Monopoly is a good or bad thing for kids – and whether they should be playing it or not. Today, I would like to share 12 of the reasons why I believe kids should not be playing Monopoly.

Board games can be great for kids, but they can also come with their downsides. While we still play Monopoly avidly in my family, I feel that it is good to be up to speed with all the positives and negatives to a game (and I feel this way about any game in fact). If you would like to learn a bit more about the 12 reasons why kids should not play Monopoly, read on.

Why kids should NOT play Monopoly – 12 good reasons:

Table of Contents show
1. It is a really long game.
2. It can teach a defeatist attitude.
3. Some players may be excluded early on.
4. Kids might not understand the real concept behind Monopoly.
5. The game causes fights between family members.
6. Monopoly can result in mounting frustrations, which kids struggle to manage.
7. It can spur on money/revenue obsession/fixation.
8. Freedom to choose is replaced by the rolling of the dice.
9. It is not a true representation of real life.
10. May teach children that winning can be at the expense of others.
11. Kids who start last are automatically at an immediate disadvantage.
12. It is not a great game for 2 or 3 players.
Last Word

You might want to drag your kids away from the television and get them involved in something else, but Monopoly might not be it. Board games can be educational, entertaining, and time-consuming, yes, but not all games are made equal.

Monopoly has the potential to keep kids entertained for hours – no one can disagree with that; however, smaller kids very rarely have attention spans long enough to finish a game. They can get distracted, bored, or simply give up before the game actually comes to an end. In fact, I have seen this happen with a lot of adults too.

Most Monopoly games can take around 60 to 90 minutes; however, kids playing Monopoly can take more than that – if they manage to stay in the game and keep engaged. The longest game of Monopoly ever played was for 70 days. Of course, you probably won’t find any kids trying to break that record, but it does show just how perpetual the game can be if someone doesn’t actually end it.

2. It can teach a defeatist attitude.

No one wants their child to learn to have a defeatist approach to life. A defeatist approach is when someone demonstrates or shows expectation or acceptance of failure usually because “that is just the way it is”. That does not sound too healthy for kids to adopt, does it?

How could Monopoly possibly cause that? It is simple, really. If a child starts the game of Monopoly but is lagging behind, it becomes obvious that he/she is going to lose. This can make children adopt an attitude of accepting defeat and knowing that putting in the effort or hard work is not going to make a difference to the outcome.

3. Some players may be excluded early on.

Unfortunately, some players can become bankrupt really early on in the game, which is not great for children. It could mean that one child sits out and cannot participate for over an hour even. It can leave children feeling left out.

4. Kids might not understand the real concept behind Monopoly.

Why was the game of Monopoly really created, and has it fulfilled its purpose? Monopoly has a rather unusual story behind its purpose. Most people do not know that Monopoly was designed to shine a spotlight on the challenges of money and the adverse implications of excessive wealth accumulation. It was never designed as a fun and exciting family board game. Ironically that is what it has become. The actual purpose behind the game has been forgotten by many.

In my family, some board games are the source of arguments or squabbles. Unfortunately, that is just the way it is. I must admit that it happened far more frequently when we were kids. That’s because kids don’t have a firm handle on their emotions just yet. There have been many occasions where Monopoly boards have been flipped in a family or sibling disagreement.

Let us face it, Monopoly for several hours can bring out the worst in the nicest people. If your kids tend to fight easily, Monopoly might not be the best game to put in front of them.

6. Monopoly can result in mounting frustrations, which kids struggle to manage.

I have watched children play Monopoly and have personally seen them become increasingly frustrated with their opponent’s success. It’s completely natural, but it is not particularly nice. Monopoly can be a game that presents an unnatural amount of stress and pressure on a child who does not really understand the concept of money and investments. Kids struggle to manage their emotions. This type of game could teach them how to manage their emotions, or it could spark serious frustrated outbursts.

What you expose your children too may soon become their focus or future obsessions. Monopoly is designed to get players to focus on earning as much money as possible regardless of other people’s best interests. This can cause children to place an unusual amount of attention on money acquisition and the importance of money.

8. Freedom to choose is replaced by the rolling of the dice.

In a game of Monopoly, it is the dice that influences what choices a player makes. This means that the game teaches children that consumers are at the mercy of businesses and that freedom of choice is not important. It is the roll of the dice that decides the entire gameplay – not great, in my opinion.

9. It is not a true representation of real life.

Children who consistently win at Monopoly may acquire an unbalanced idea of how money and investments work in the real world. Unfortunately, finances are not as simple to manage as Monopoly makes it appear. In terms of real-life representation, Monopoly can be considered as somewhat unrealistic.

10. May teach children that winning can be at the expense of others.

Most games inspire healthy competition, whereas in Monopoly, in order to get a monopoly, sometimes other people’s best interests need to be compromised or cheated. Unfortunately, this is not a great life lesson for impressionable children. Children may start to think that they can advance in life at the expense of others, when that is not really what you want your children to believe.

11. Kids who start last are automatically at an immediate disadvantage.

If the game has 5 or 6 players, the person who starts last will immediately land on spaces where rental is required from them. The first players will not be faced with this problem, putting them at an immediate advantage. Starting last is very disadvantageous and can also make children feel defeated or disgruntled before the game has even begun.

In terms of this, Monopoly can be considered unfair to some of the players. This is something that children struggle to deal with. Feeling as if something is unfair could lead to a breakdown of friendships and general unhappiness.

If you have 2 children at home, chances are that Monopoly is not a great option. The game can be played by 2 or 3 players, but is only really at its best when it is played by 4 to 6 players. This means that the properties, homes, hotels, and so on are not quite as easy for players to acquire – along with monopolies, of course.

If your kids are already hooked on Monopoly, do not worry, the disadvantages can always be mitigated by supervising games and ensuring that players do not pick up the wrong “message” or “take away”. How children understand the game and what they learn from it can really change the overall experience. In my family, the kids play Monopoly with the adults, and positive messages and reinforcements are instated along the way.

If you have been wondering if Monopoly is the right board game choice for your kids, take the abovementioned pointers into consideration and then decide for yourself. 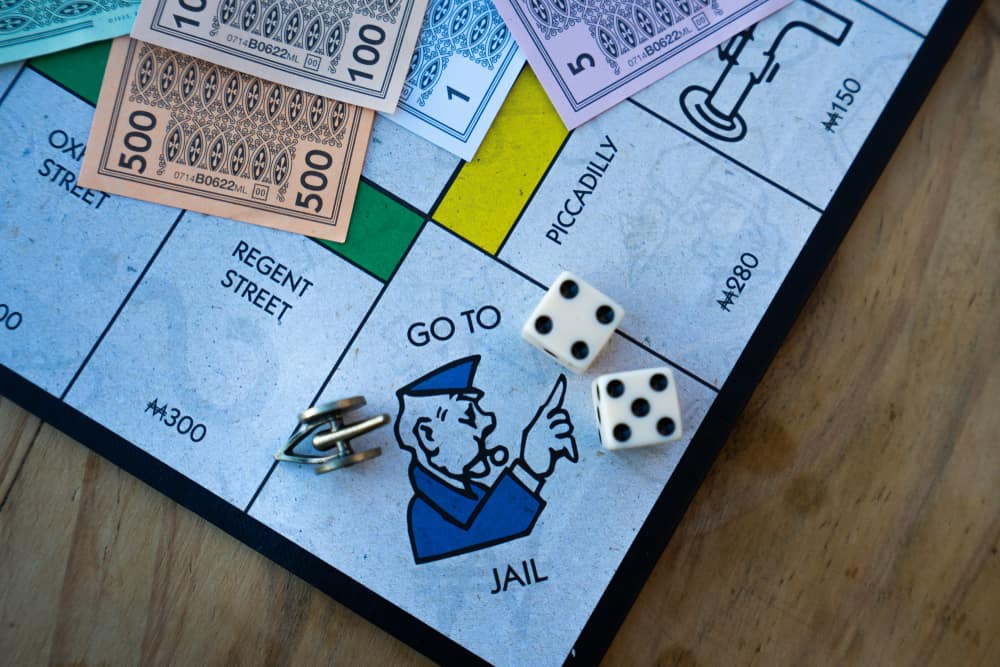 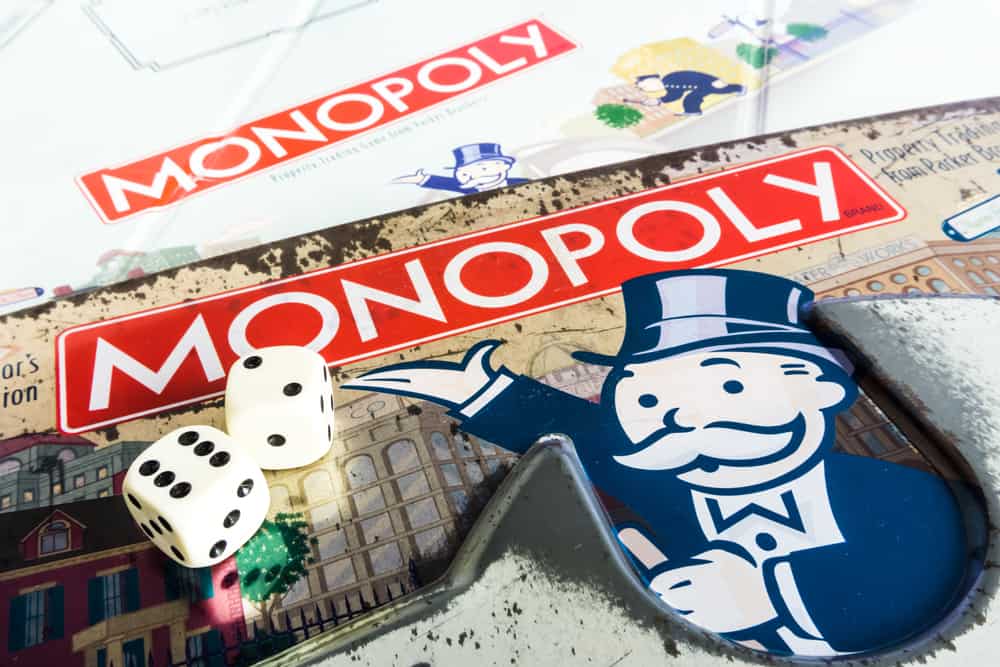