How often do you play Charades? Is it a game that you are familiar with and know a lot about?

I always thought that I knew everything there was to know about Charades, mostly because playing Charades is a tradition in our family. We have played it at every event and social gathering for as long as I can remember, but when I sit down to think about it; I don’t actually know very much about the game. Once I realized this, I just had to find out more about the game that I have come to love over the years of my childhood and well into my adulthood.

When it comes to Charades, the facts are a mix of both interesting and fun. Whether you are an avid Charades enthusiast or only get to play every now and again, it cannot hurt to know a bit more about the game that gets the party started and keeps it going. Below, I’ll share several facts you probably only just learned about Charades.

These are 20 fun and interesting facts about Charades:

Table of Contents show
1. Charades has been turned into a variety of television shows.
2. Charades has been used for fundraising quite successfully.
3. Charades started as a riddle game in France in the 18th Century.
4. The first versions of Charades involved speaking out loud.
5. Early Charades riddles were printed in books, magazines, and on the folding fans of the Regency.
6. Acted Charades only became a “thing” in the 19th Century.
7. Charades was mentioned in Vanity Fair and Jane Eyre in its early days.
8. By the start of World War 1, acted Charades was the most prominent version played.
9. There are 6 main categories in Charades.
10. Charades tournaments are hosted annually.
11. Playing Charades is a great team-building exercise.
12. Charades players usually get 2 to 3 minutes to guess the word/phrase.
13. Reverse Charades is a popular version of the game.
14. Charades is suitable for just about all age groups.
15. You can make sounds during Charades, just not oral sounds.
16. There are basic universal signs used in most Charades games.
17. Modern Charades come in many different themes/versions.
18. Charades can be used to teach hearing-impaired how to read people.
19. Playing Charades can be used to overcome shyness in young children.
20. Playing Charades improves non-verbal skills in both young and old.
Last Word

1. Charades has been turned into a variety of television shows.

Charades is not just a game played at parties, social gatherings, and family events. In fact, televised “game shows” based on Charades in the USA include Stump the Stars, Celebrity Charades, and Pantomime Quiz. In the UK, shows include Give Us a Clue, Acting Crazy, I’m Sorry I Haven’t a Clue. There are various Canadian shows also based on Charades.

2. Charades has been used for fundraising quite successfully.

If you are looking for a great fundraising idea, perhaps you should consider Charades. If it sounds a bit bizarre, keep in mind that you won’t be the first to try. The Gale Recovery Center used Charades for fundraising, and it was a huge success. The company charged entrants $100 per team, and winners received prizes donated by local businesses.

3. Charades started as a riddle game in France in the 18th Century.

4. The first versions of Charades involved speaking out loud.

Charades that we play today is focused on non-verbal communication. In the earliest version of Charades, the gameplay involved the syllable of the answer being described as a separate word before the entire word was described wholly. The descriptions were spoken out loud and not mimed as they are now.

5. Early Charades riddles were printed in books, magazines, and on the folding fans of the Regency.

Nowadays, we can buy Charades game packs or even write down our own word lists to play. This wasn’t possible when Charades first came out. When Charades was popular in the 18th Century, it wasn’t a game pack that was bought from the local store but rather a riddle that was accessed in the local newspaper, magazine, books, or handheld fans.

6. Acted Charades only became a “thing” in the 19th Century.

It was in the 19th Century that Charades changed and became the game we enjoy today. In the early 19th Century, the French spruced up the game by acting the words/phrases. The game became known as “acted Charades” and involved dramatic performances. The game made it over to Britain with English aristocrats and to the USA in much the same way.

7. Charades was mentioned in Vanity Fair and Jane Eyre in its early days.

Vanity Fair described Charades as “enabling the many ladies amongst us who had beauty to display their charms, and the fewer number who had cleverness, to exhibit their wit”.

8. By the start of World War 1, acted Charades was the most prominent version played.

9. There are 6 main categories in Charades.

In a game of Charades, players must mime words or phrases that are predetermined. In general, there are 6 main categories in the game, and these categories include: songs, television shows, book titles, movies, and plays.

Charades is so loved that there are even annual tournaments held across the world. Take, for instance, the famous Labyrinth Theatre Company’s Celebrity Charades event, to name just one.

In order for teams to get ahead, they have to learn to listen to each other, read each other, and work together to come up with possible answers. Because of this, many companies opt to use Charades as part of their team-building activities.

12. Charades players usually get 2 to 3 minutes to guess the word/phrase.

Most people don’t know this if they haven’t played a game of Charades before, but there is actually a time limit to how long a team can ‘um’ and ‘ahh’ over the possible answer. That time limit is typically 2 to 3 minutes.

13. Reverse Charades is a popular version of the game.

Reverse Charades simply turns regular Charades around. Instead of one person trying to help a group of people to guess a word/phrase, the entire group works together to communicate a word/phrase to one person.

14. Charades is suitable for just about all age groups.

Almost anyone can play Charades. While this is true, there are Charades word/phrase ideas published that are aimed at different age groups.

15. You can make sounds during Charades, just not oral sounds.

Many people think that silence should be observed during a game of Charades, and that’s just not true. While a player can’t talk or make any sound orally (such as humming or animal sounds); they can make other sounds such as clapping or stamping.

16. There are basic universal signs used in most Charades games.

There are many types/versions of Charades. Some of the popular varieties include Telephone Charades, Themed Charades, Partner Charades, and Free-for-all Charades.

18. Charades can be used to teach hearing-impaired how to read people.

Hearing-impaired children can be taught how to hone their non-verbal people reading skills by playing various Charades-like games.

19. Playing Charades can be used to overcome shyness in young children.

When young children are shy, encouraging them to play Charades is a good way to overcome the plight. Children who are exposed to social situations and play Charades regularly will know how to hand the symptoms and discomforts that come along with shyness.

20. Playing Charades improves non-verbal skills in both young and old.

If you want to learn how to communicate in many different ways, other than just verbally, playing Charades is a good starting point. Playing Charades forces us to think about how we communicate and also shines a spotlight on how various areas of our communication skills can be improved.

While the facts about Charades mentioned above are nothing new, most people don’t know them. I was surprised at first to realize that I, too, had little knowledge of most of them – thankfully, that has changed. I thoroughly enjoyed learning the above facts and feel that anyone who enjoys playing Charades will feel the same. 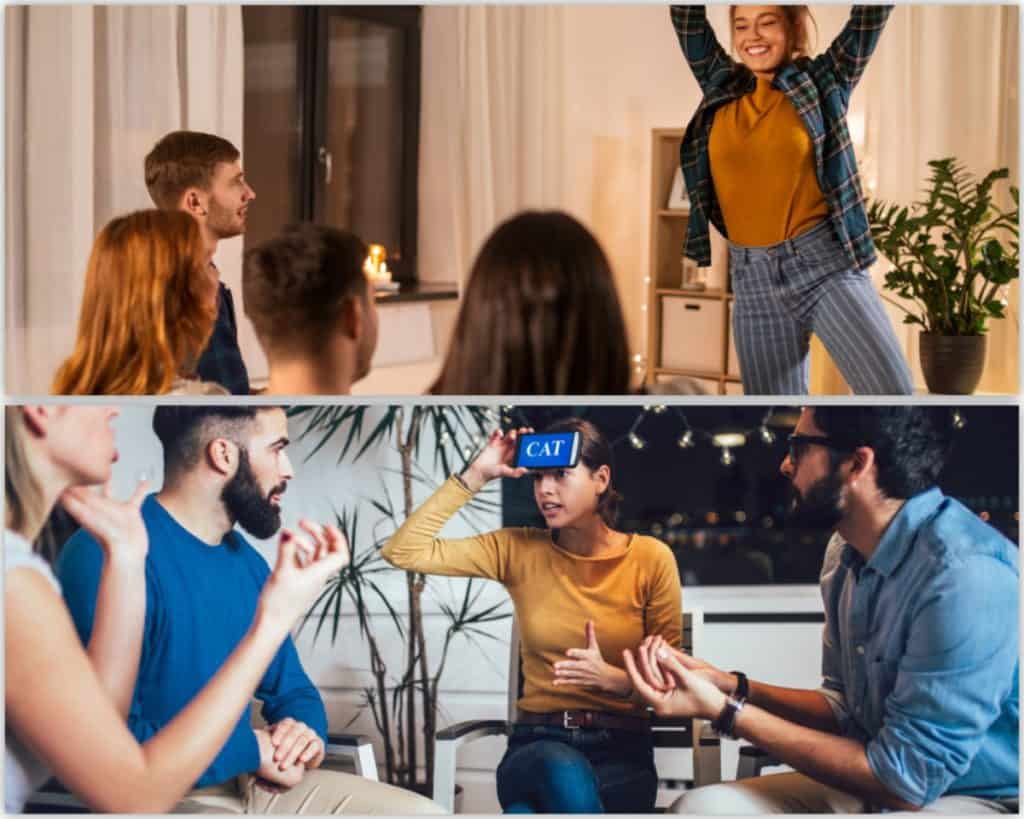 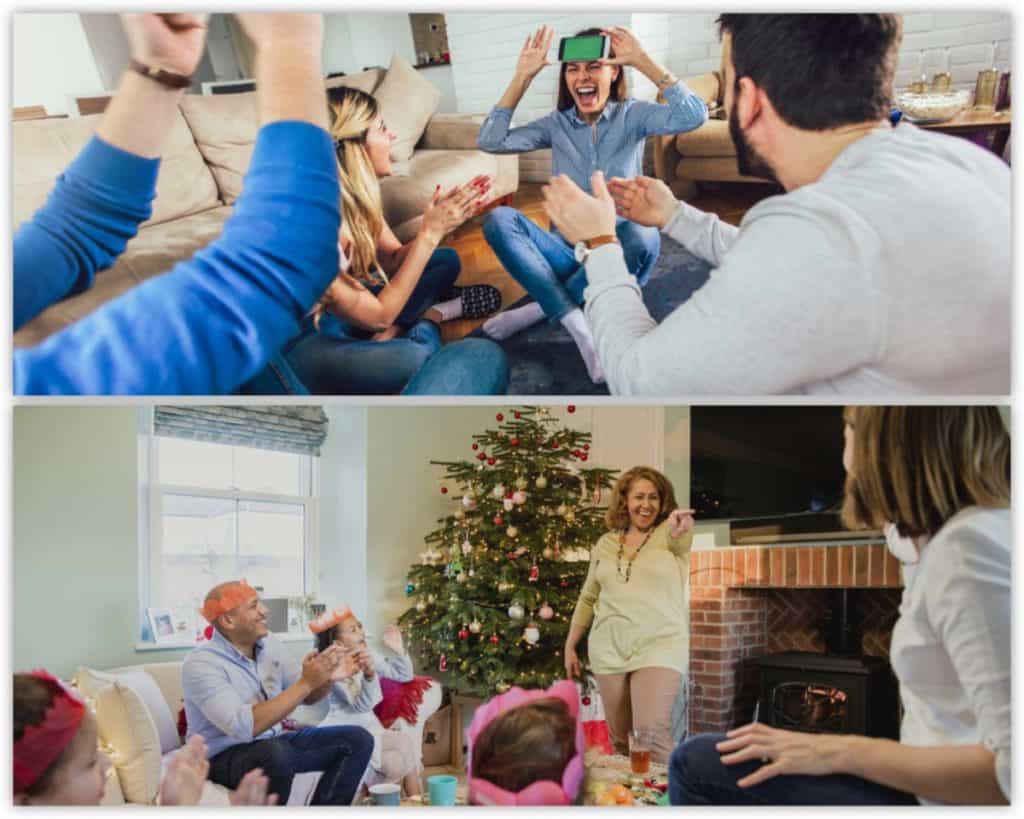