You probably know that Scrabble is a fun and educational word game, but do you know much more about it than that? I recently took some time to do a bit of research into Scrabble and was surprised to find that there is a lot I do not know about the game. I was quite astounded to think that I have been playing Scrabble for over 20 years, yet I was learning some of these facts for the very first time!

The game of Scrabble comes with an interesting past, that is for sure. Check out these 21 Scrabble facts to learn more about one of the world’s favorite board games.

21 Scrabble facts you probably did not know (until now!)

Table of Contents show
1. It was an architect that came up with the Scrabble concept.
2. Scrabble first went with the name of Lexiko.
3. The first version of Lexiko was only played with tiles and no board.
4. When it comes to Scrabble, Nigeria is known as the “Scrabble Nation”.
5. There are 120 tiles in Portuguese Scrabble and 100 tiles in English Scrabble.
6. The very first version of Scrabble was invented in 1933.
7. 60% of all US homes have Scrabble in them.
8. Scrabble was adapted into a TV game show in 1984.
9. There is a portrait of Prince Charles made from Scrabble tiles.
10. Scrabble is available in Braille.
11. Scrabble is among the top 5 highest selling board games ever.
12. Scrabble is often used to teach people English.
13. Many celebrities claim to love Scrabble.
14. The word “Oxyphenbutazone” can score 1784 points in Scrabble.
15. There is an official Scrabble Dictionary.
16. Macy’s was the first store to place a large Scrabble order.
17. Nearly all game manufacturers initially rejected Scrabble.
18. The Malaysian version of Scrabble has 19 ‘A’ tiles.
19. In the mid-1980s, Lt. Cdr. Waghorn and Lance Corporal Gill played Scrabble for 5 straight days.
20. Scrabble is featured in the American National Toy Hall of Fame.
21. 42% of tiles in a Scrabble bag are vowels.
All things considered

1. It was an architect that came up with the Scrabble concept.

If anyone ever asks you who invented scrabble, now you can tell them with confidence. In the 1930s, an architect called Alfred Mosher Butts invented the first concept of the game Scrabble that we play today. Butts used the New York Times’ front page to work out how many tiles the game should include, how to score each letter, and the frequency of letters too.

2. Scrabble first went with the name of Lexiko.

3. The first version of Lexiko was only played with tiles and no board.

Yup, it’s true. The very first version of Lexico included absolutely no board. It is said that while there was no board used when Lexiko was first played, the game was still thoroughly enjoyed. The game involved players drawing 9 tiles and trying to form words from them.

4. When it comes to Scrabble, Nigeria is known as the “Scrabble Nation”.

Various articles online, like the ones in Medium and National Public Radio, indicate that Nigeria is the country most obsessed with Scrabble.

5. There are 120 tiles in Portuguese Scrabble and 100 tiles in English Scrabble.

There is a different number of tiles in some Scrabble boxes because of the alphabets used in different languages. Because of this, it is recommended that you play Scrabble with a set in your actual language. Otherwise, you might run out of letters during the game.

6. The very first version of Scrabble was invented in 1933.

According to Hasbro, it was in 1933 that Alfred Mosher Butts first released his version of what we now call Scrabble, although it was then under the name of Lexiko.

Scrabble is so popular that as about 60% of US homes have Scrabble. Much the same, around 50% of British households have a Scrabble game harbored in them.

Are you thinking: Scrabble was a game show? Yes, it’s true. It was! In 1984, the game was adapted into an American game show that was produced by Reg Grundy Productions. It involved 2 players competing in a crossword round that was played on a giant Scrabble board. The game show was so popular that it ran for 7 seasons.

9. There is a portrait of Prince Charles made from Scrabble tiles.

10. Scrabble is available in Braille.

For the visually impaired, there is a version of Scrabble that comes with a playing board with tactile dots on premium letter squares and tactile dashes on premium word squares. This truly makes Scrabble the game for everyone.

11. Scrabble is among the top 5 highest selling board games ever.

According to Money Inc, Scrabble comes fifth, only after Chess, Checkers, Backgammon, and Monopoly.

Scrabble tiles can be used to help people learn to spell English words, translate words from a foreign language to English, and so on. You can read more information on how Scrabble is used to teach students English on the Teaching English website.

13. Many celebrities claim to love Scrabble.

Scrabble has won the hearts of many of the rich and famous, including: Barack Obama, Sting, Kylie Minogue, Queen Elizabeth II, and Mel Gibson, to name a few.

14. The word “Oxyphenbutazone” can score 1784 points in Scrabble.

You might be thinking that this one is a fib. What is Oxyphenbutazone anyway? It is a non-steroidal anti-inflammatory drug that was taken off the market way back in the mid-1980s due to a side effect of bone marrow suppression.

15. There is an official Scrabble Dictionary.

The Official Scrabble Players Dictionary was first released in 1978, and it’s designed specifically for use in a game of Scrabble.

16. Macy’s was the first store to place a large Scrabble order.

Rumor has it that it was Jack Straus, the president of Macy’s at the time, that helped Scrabble get its big break. It was in the early 1950s when Straus was on holiday that he encountered the game. When he got back from the holiday, he placed a large order for the game for Macy’s, and within a year, it was one of the most popular games around.

It is said that the inventor of Scrabble was unable to interest major game manufacturers in his game and resorted to creating a few sets himself. Then in 1948, James Brunot (one of the Cross-Crosswords game) bought the game rights from Butts in exchange for royalties on units sold.

This is the most number of A tiles in any Scrabble game pack and is a result of the Malaysian language.

While the game went on for 5 days, it was not because these two gentlemen had set out to create some sort of record. Instead, it was because both men were trapped together in a crevasse in Antarctica and there was little else to do.

20. Scrabble is featured in the American National Toy Hall of Fame.

Scrabble was inducted in 2004.

With only 100 tiles in a typical Scrabble game, it is obvious that the tiles are not evenly split between consonants and vowels. This is handy to know, especially when it uncovers that the game only has one j, K, Q, X, and Z.

It is interesting facts like these that give Scrabble a bit of an edge. The game, which has stood the test of time, seems to be one that will remain popular for many years to come. There are already many versions of Scrabble for you to choose from, including the likes of Book Lover’s Scrabble, Cooking Scrabble, Gardening Scrabble, Holiday Scrabble, Bible Edition Scrabble, Scrabble Express, and even Scrabble Slam Cards, to name just a few.

Anyways, who knew that the facts surrounding Scrabble were quite so interesting, right? I certainly find them quite fascinating. If you were hoping to learn a bit more about the game…now you know! Share your newfound knowledge far and wide! 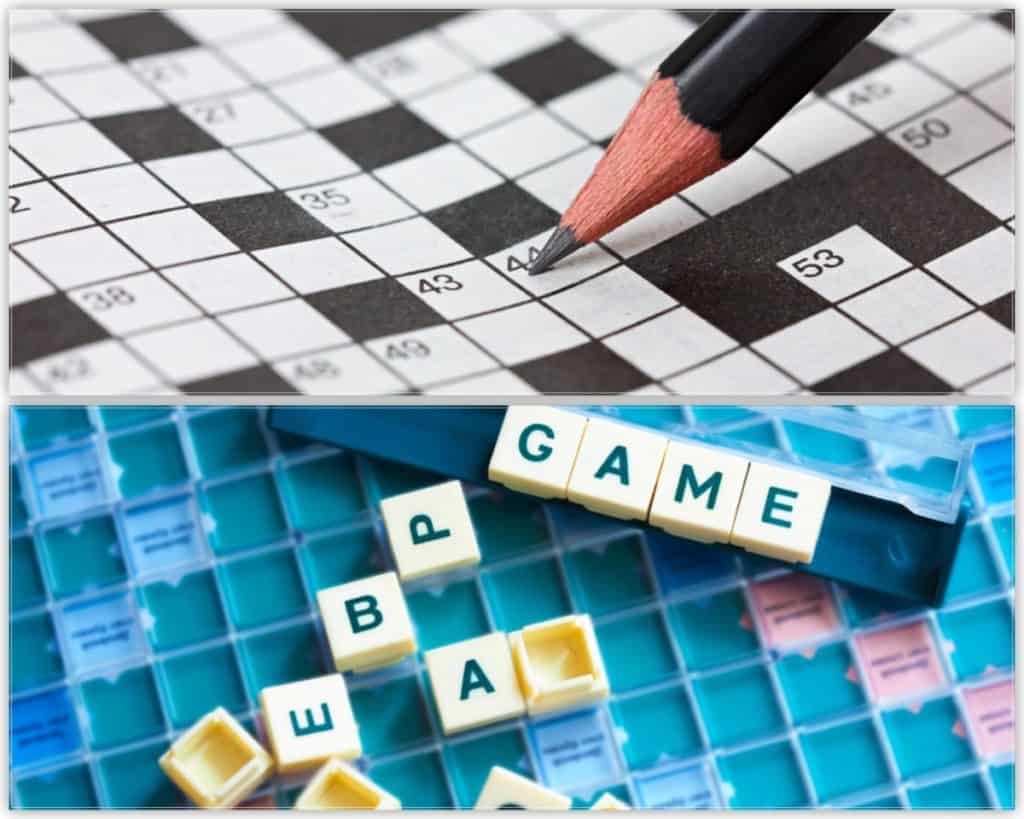 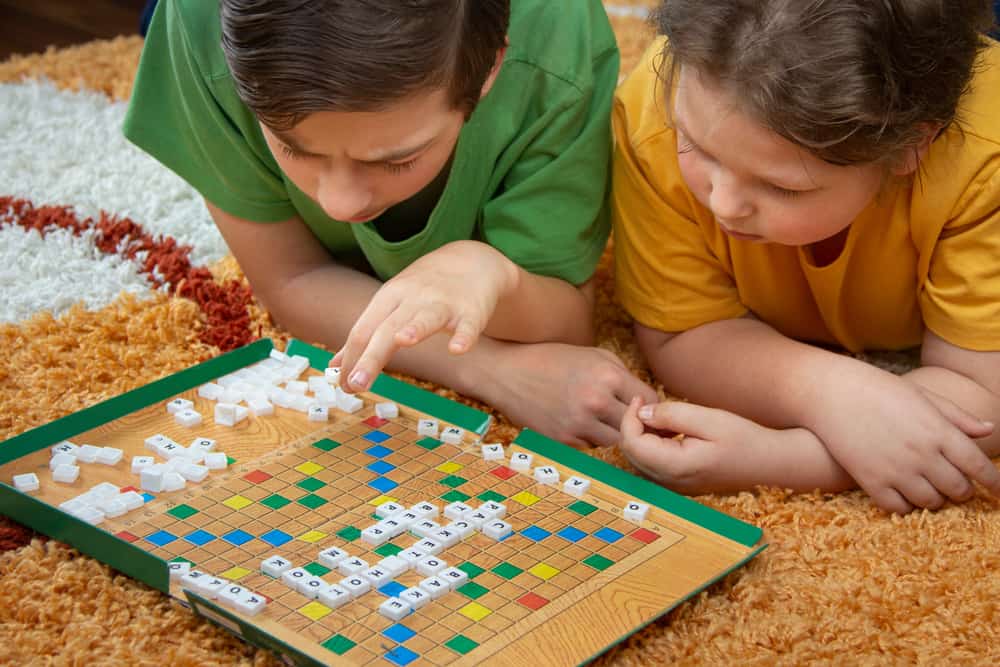