As a kid, I remember many hours spent playing UNO. I remember shrieking “I win!” (after calling “UNO” on the previous round) and dancing a victory jig around the living room many times. I remember sitting dejectedly watching my sisters doing the same thing many times too!

In all the years that I indulged in the card game of UNO, I never really gave much thought to its history and how it became such a well-known game. Someone recently asked me, “where does the UNO card game come from?” while I was deliberating over buying a new pack of cards, and that is when I realized that I actually did not know the answer to that question. Now I do know, and I would like to share it with you.

The card game UNO was created in 1971 by Merle Robbins in an attempt to resolve a disagreement with his son regarding the rules of the game Crazy Eights. After making a version of the game simply for his family to enjoy, it became clear to Merle that the game had major potential.

Merle, who was a card game lover, saved $8,000 in order to make his first 5,000 sets of UNO, which he sold out of his barbershop and on the road. It was only later that the rights to the game were sold to International Games Inc. (Bob Tezak) and then on to Mattel.

You probably did not know that about UNO, did you? Most people simply enjoy the fun and excitement of the game but haven’t a clue about its past. I found the first few snippets that I learned about UNO quite interesting, so I decided to dig a little more into its history and background.

If you would like to learn a bit more about UNO and what I found out, you can. All you have to do is keep reading.

Table of Contents show
Who Invented UNO, and Why?
Merle Robbins
The Argument that Led to a New Card Game
An Entrepreneurial Venture
Merle Sells UNO to Bob Tezak and his partners.
What International Games, Inc. did with UNO and How Sales Progressed
Mattel Inc. Enters the Room
UNO – The Card Game That Took The World By Storm!

Who Invented UNO, and Why?

We already know that it was Merle Robbins who invented UNO in 1971. Merle was a regular barber operating his shop in Ohio, USA. It is said that he was a card lover too and loved to involve the family in hours of card playing.

The Argument that Led to a New Card Game

In 1971, Merle and his son got into a heated debate (or argument) over the official rules of Crazy Eights. To resolve the matter, Merle got to work creating his own game called UNO. UNO in Italian means “one” and so is quite a fitting name. This is because the objective of UNO is to be the first player to get rid of all your cards. When there is just one card remaining in your hand, you need to call “UNO” before anyone notices that you have just one card left.

Due to the argument with his son over Crazy Eights rules, Merle created UNO with various similarities to Crazy Eights. While these similarities are obvious, it must be noted that there are many differences too. The very first UNO cards were made on Merle’s dining room table by hand. These cards were only to be used by the family. Unfortunately, I was unable to find out where these original cards are today.

Once the game was made and Merle’s family started playing it, it became a family favorite. In fact, they began playing it a lot, which I can understand because, as a kid, I remember being fully addicted to the game.

Recognizing the potential of the game, Merle, with the help of his family, save money towards professional design and production of the cards, so that he could begin selling them to others. What most people do not know is that Merle and his wife Marie placed a great deal of faith in their game. In fact, they had so much faith in their game that they sold their home as an investment and also received some money from their son, Ray, in order to finance the creation of the first 5,000 games.

Their $8,000 savings allowed them to produce 5,000 UNO card games – and now the selling could begin! Merle started selling the UNO card games out of his barbershop, and his son also sold various game packs to students. When the popularity of the game was obvious, Merle and Marie spent some time traveling the country, selling their game to anyone interested. It is said that they traveled to various places playing UNO to demonstrate the rules and subsequently made quite a few sales.

How did they afford to travel the country? The couple used some of the profits from the sale of their home to buy a car and a camping trailer. They wanted to appear as professional as possible, so they branded their car and trailer with “Uno-Best Game in America” signage.

After they successfully sold their first 5,000 copies in Ohio, Texas, and Florida, they placed a new order for 10,000 copies of the game. Their strategy was slightly different this time as instead of selling the game on the road, they began reaching out to retail stores to stock and sell their product. At first, only small retail outlets in Ohio stocked UNO, but as the weeks drew on, bigger outlets from other areas also started stocking the game.

Merle Sells UNO to Bob Tezak and his partners.

While Merle and Marie were brilliant at making sales, they could not resist the offer when a fellow UNO appreciator called Bob Tezak and his partners, Bill Apple and Ed Ackeman, offered to purchase UNO from Merle to begin marketing the game worldwide. With growing popularity, it became evident that UNO was becoming bigger and more popular than Merle and his family could have ever possibly imagined, and so their offer was certainly one of interest to them.

As a result, in 1972, Robbins sold the rights of UNO to the three partners, led by Bob Tezak, who went on to form International Games, Inc. The company offered Merle 10 cents royalties on every copy sold and, of course, a set fee of $50,000 for the actual rights to the game upfront.

What International Games, Inc. did with UNO and How Sales Progressed

Not many people know what happened to UNO after it was sold to Bob Tezak and his partners. It took quite a lot of digging around to find out what I did. Here’s what I learned…

Bob ran his International Games, Inc. company from his own home at the time. After selling all of Merle’s stock (the balance of the 10,000 ordered by Merle), he decided to refurbish the brand and include clear instructions and aesthetically appealing package.

The game became more professional looking and worthy of catching the eye of people browsing for games in toy stores and retail outlets. As a result, when the 1980s came around, sales of UNO boomed. It created quite a buzz in the world of card lovers. Suddenly everyone wanted to get their hands on UNO.

The toys industry certainly started taking notice of UNO’s success, and Tezak started receiving purchase offers from a variety of big global toy manufacturers almost immediately. Bob humbly declined each and every offer between 1980 and 1991.

It was not until 1992 that Tezak accepted an offer made by Mattel Inc. to purchase International Games, Inc., including the game UNO. The newly acquired card game helped Mattel find more success in the card game industry.

To these days, UNO keeps seen much success; according to the NPD Group U.S. Retail Tracking Report, the card game was dubbed the world’s number one selling card game in 2018 and for a good reason. The UNO card game has come a long way in the years that it has been around and has sold millions of copies – to me, that is the most impressive.

From humble beginnings, the UNO card game became extremely popular and was in great demand. In fact, you can still find UNO sold readily in thousands of toy stores and retail outlets across the world.

UNO – The Card Game That Took The World By Storm!

Who knew that a simple card game designed at home for the private enjoyment of one family would grow to the global success that it is today?

It’s quite safe to say that UNO is the card game that took the world by storm – quite unexpectedly actually. Merle Robbins, who died in 1984, probably never imagined that his home-made game would sell millions and millions of copies in over 80 countries globally. I bet that he would be proud! Hopefully, his royalties are still being passed on to his family members.

While the game of UNO is simple in nature, it provides hours of entertainment and can be enjoyed by everyone in the family, both young and old. While I have fond memories of playing the game for hours on end with my siblings, I have a very good feeling that it is going to become a thing again in our family. I have bought a new card pack and I am ready to whip it out and have a few rounds at our very next family gathering. And to tell you the truth, I quite simply can’t wait!

Currently, UNO is manufactured and sold by Mattel, which is a toy production giant operating worldwide. 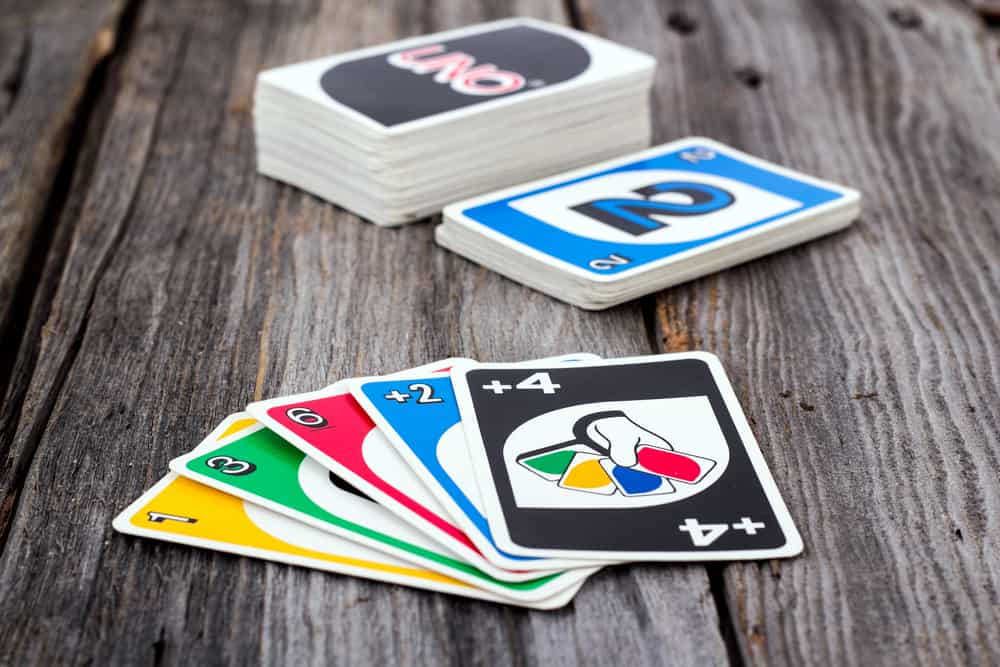 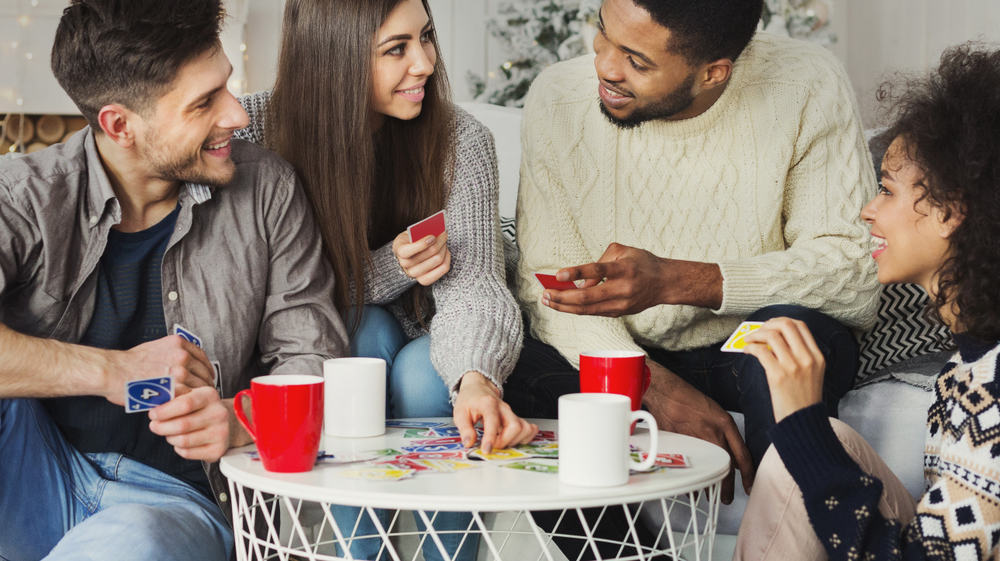