For years I have played Monopoly and only paid attention to the benefits and positive aspects of the game. I have never truly considered that playing Monopoly comes with disadvantages, drawbacks, or risks…until now. If you would like to know what the potential downfalls of a Monopoly addiction might be, keep reading!

Yup, monopoly comes with some disadvantages, which are certainly something worth being disgruntled about. Over the years, I must admit that I have noticed some drawbacks, but never really assigned value to them. Perhaps I was in denial…and perhaps it is time to be realistic about them!

Let us jump right into the possible negative aspects of playing Monopoly and how it can be disadvantageous to you.

Table of Contents show
1. Monopoly can be addictive.
2. It takes up a lot of time.
3. Monopoly money is not real!
4. You will start to miss out on your fix of series binging.
5. It can make you power-hungry.
6. Monopoly can bring out your inner frustrations.
7. You can waste too much time sitting in jail.
8. It can make you greedy and overly money-focused.
9. Other people do not take the game seriously (that is enough to spark anger).
10. It can cause arguments between partners, family members, and friends.
11. It can get overly competitive.
12. You may get bored.
13. It can cause you to start shirking on your responsibilities.
14. It gives an “unfair” financial management advantage in life.
15. People might start avoiding you.
16. Only 8 players can play at a time.
Last Word

1. Monopoly can be addictive.

It might sound extreme to say that Monopoly is addictive, but it really is. I am living proof thereof. Once I caught on to how the game is played, it was almost as if something clicked in my head and I became obsessed with it. Now, whenever family or friends are visiting, the first thing I ask them is if they are up for a game of Monopoly. Of course, there are worse addictions to have!

There is nothing “quick” about a game of Monopoly; on average, a Monopoly game can take between 60 to 90 minutes to complete. There was once a game of Monopoly played that lasted 70 days! If you have a lot of things to do and can’t say no to Monopoly, you might find yourself quite pressed for time.

3. Monopoly money is not real!

Unfortunately, and this is one of the biggest drawbacks for me personally, the money that you acquire in a Monopoly game is not real, and you cannot do anything in real life with it. Now that is seriously disappointing, for me, at least!

4. You will start to miss out on your fix of series binging.

Before I became so crazy about board games such as Monopoly, I used to spend a considerable amount of time curled up under a blanket, watching my favorite series. Hours would pass…in fact, weekends would pass, and I would feel completely satisfied knowing that I was all caught up on the latest series and releases.

When I became addicted to playing board games in my spare time, all of that changed. Now I am months and even years behind some of my favorite series. I can’t actually remember when I last binge-watched anything!

5. It can make you power-hungry.

There is nothing more grounding than realizing that you are lording over the Monopoly board trying to property-grab and dominate. I did not know quite how power-hungry I had become until I caught myself doing exactly that. I quickly realized that I had to change my Monopoly playing ways! If you are the controlling type, perhaps this could be a problem for you.

6. Monopoly can bring out your inner frustrations.

If you like to get your own way and get frustrated when things do not work out in your favor, you might find yourself spending a few hours feeling outrageously frustrated during a few of your losing games. Monopoly is known to bring out the “ugly” side of some players. That being said, if children start playing Monopoly early on in life, they can learn the skills required to manage their frustrations too.

7. You can waste too much time sitting in jail.

The most annoying part of Monopoly is when you end up in jail and you just can’t seem to get out. You could waste the better part of a game sitting in jail, and that is not fun, but it is part of the game. You have to deal with it. Annoying, right?

8. It can make you greedy and overly money-focused.

There is no denying the fact that Monopoly players can only win if they have a certain amount of greed. The greedier you are, the more strategically you will think and play, and the richer you will become. This type of mindset can filter through to your regular life and make you become a bit too focused on money and acquiring wealth.

9. Other people do not take the game seriously (that is enough to spark anger).

Nothing is more anger-sparking than playing Monopoly with someone who does not take the game seriously. It has happened to me where I will get really into a game and those playing with me are distracted, walking away, or quit playing early on. If you are easy to anger, this probably will not be a good thing for your interpersonal relationships. Definitely a risk!

10. It can cause arguments between partners, family members, and friends.

Many people have experienced the Monopoly fuelled argument. It might seem like a bold statement to say that Monopoly causes more fights than any other board game, but it actually does.

In fact, an online casino company ran a survey with 1,000 participants who play Monopoly and found that 91% of the participants have been in an argument over a board game, with 47.7% of them specifically mentioning fights while playing Monopoly. Thrillist features an interesting article on this, which you can read here. You can’t argue with the stats, can you!

11. It can get overly competitive.

You get some games that are just fun and mildly competitive, and then you get others that seem to have everyone’s hackles up and competing. Monopoly is the latter. You might start out feeling calm and relaxed and end the game feeling strung out; if you have a competitive nature that is.

Playing Monopoly is largely about technique and strategy. Once you know a few winning tactics, it is easier to play. And it is extremely easy to win against newbies to the game. Because of this, you may actually get bored of winning. Yes, it is absolutely possible – trust me!

13. It can cause you to start shirking on your responsibilities.

Everyone has daily chores to complete and responsibilities to take care of, but when you are addicted to playing board games such as Monopoly, it becomes easy to shirk these. Unfortunately, Monopoly takes time, and sometimes there is more than one game or round to play. If you are addicted to Monopoly, you may become unreliable!

14. It gives an “unfair” financial management advantage in life.

Yup, Monopoly will teach you the basics of money management and financial planning. Just by playing a game, you can actually get a firmer grip on cash flow management and the importance of saving money and investing wisely. This could be seen as unfair to other people who start out without this type of boost.

This one might be painful to admit and accept, but it is true. If you are always nagging at people to play a game that they are not too keen on playing, chances are that they will start applying avoidance tactics. If you suddenly find that your friends are not visiting you too often or are suggesting that you meet them out rather, it could be because they are getting irritated by your Monopoly addiction.

If you have a large group of people gathering and want to play Monopoly, only 8 people can play at a time. This could leave some people feeling left out, or it could mean that you have to split your time between the game and other guests who are not participating. It is a surefire way to segregate guests and leave some people with a serious case of FOMO (fear of missing out).

You have probably learned a whole lot more about Monopoly than you ever expected to. If you are like me and have only seen the good side of the game for many years, these points might have come as a surprise to you. Do not worry, though, it is not all bad. Monopoly is still a firm family favorite for a multitude of good reasons. Keep playing, and enjoy it! 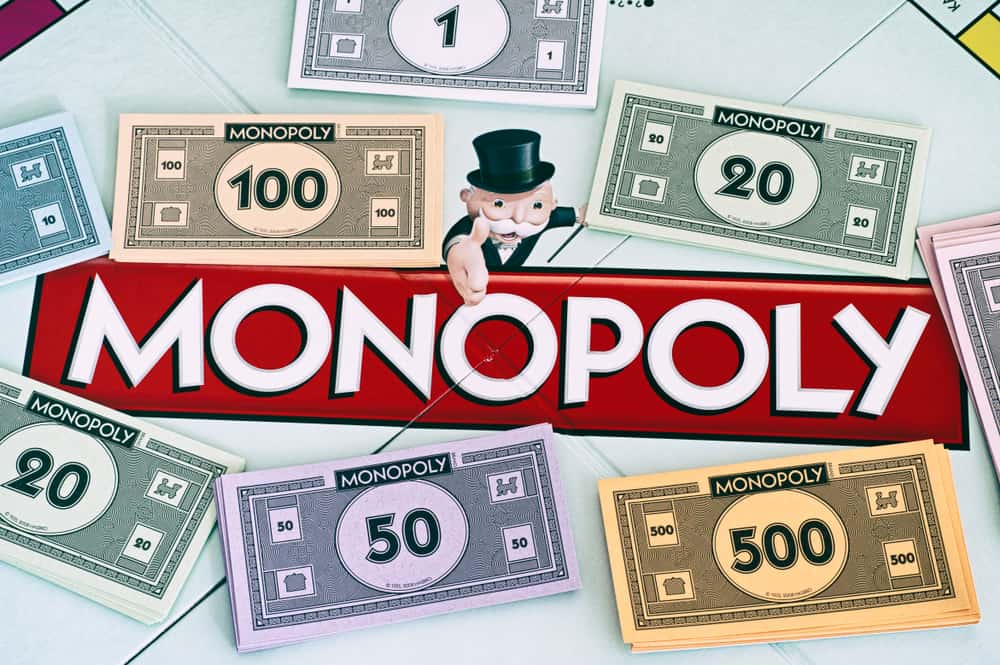