If you have never heard of Risk before or if you have simply never played it, you might wonder what it is all about. Is Risk a game for the whole family, or is it too advanced for kids? What is the basis and purpose of the game? Who invented the game, and is it the same as when it was first released?

These are interesting questions with answers that are just as interesting. If you want to learn more about the popular strategy game of Risk, you have come to just the right place.

Risk is a game that hails from France. It was invented by a French film producer, Albert Lamorisse, in the 1950s. The game was later bought by Parker Brothers and released once more in 1959. Risk is a game that is based on strategy. The aim of the game is to occupy as many territories on the board as possible, thus eliminating other players. It can take anything from 1 or 2 hours to several days to complete the game.

This is just a brief introduction to the game of Risk. It must be said that there is a lot more to learn and know about the game, its history, and the gameplay. There is a lot more to risk than who invented it and what the general aim of the gameplay is. If you want to learn more about the basics of Risk, take the time to read through my summarized introduction to the game below.

The Early Days of Risk (the Game)

The first question that most people ask is, “where does Risk come from?” and “who invented Risk?” This may come as a surprise, but the very game that’s found in most American homes actually comes from France.

In the 1950s in France, Albert Lamorisse, a well-known filmmaker, invented the game of Risk. Lamorisse was well known for his short films called White Mane and Red Balloon. At first, the game was not called Risk but rather went by the French name of Conquête du Monde, which means Conquest of the World in English.

Now, you might be wondering why we call the game “Risk” and not “Conquest of the World”. Well, the truth is that the history of Risk took a sharp turn in 1959 – that’s when it all changed. Who knows, if it didn’t happen this way, you might have never encountered Risk.

In 1959, Parker Brothers bought Conquest of the World from Miro (who bought it from Lamorisse) and applied a few alterations to the game. The company had big plans for the game, and thankfully so. It is thanks to Parker Brothers that one of my favorite games became so readily available. Parker Brothers proceeded to release the game under a new name; Risk: The Continental Game. They later changed the name to Risk; The Game of Global Domination.

The first Risk board game and playing pieces looked quite different to they do today. The very first edition was sold with a set of black, green, blue, pink, yellow, and red wooden cubes as playing pieces. Sometime after 1959, the game pieces were modified to plastic molded pieces. This was done in an attempt to save on costs.

When the 1980s rolled around, Parker Brothers was doing things a little differently. The playing pieces were now shaped into Roman numerals, which was an interesting change that was warmly received. It was only in the early 1990s that the game started, including plastic tokens for the infantry, cavalry, and artillery.

Why are there so many variations and themes of the game nowadays? When did that start? It wasn’t something that started immediately. Only one version of Risk existed for at least 20 years before a new version appeared on the market. The very first variation of the game was called Castle Risk and featured 18th Century European Castles on the board.

The Basics of Playing Risk (the Game)

Perhaps it is now time to learn about how Risk is played. You never know – you might just get intrigued or hooked on the idea. As part of a good introduction to the game of Risk, knowing how to play the game is a good starting point. Now that you know a bit about the history of Risk, let us take a look at how you go about playing the game.

* Overview of the Game

You might wonder what the actual scenario or situation is when playing a game of Risk. This should help to make things a bit easier to understand…When playing risk, you are one of 6 generals (depending on the number of players, of course) with the opportunity to dominate the entire world. As a player, you must deploy your armies to secure territory and defend against invasions. The game is based on both luck and strategy.

* Setting up the Game

Players must first choose which color playing pieces will be representative of their armies and troops. Basically, each player calls the color they wish to play as. An infantry is 1 piece, cavalry is 5 pieces, and cannons are 10 pieces. Players must count out specific numbers of troops in preparation to deploy to the board. How many troops players count out is completely dependent on how many people are playing the game.

The next step is to start the game, but how? To start the game, each player must roll the dice. The one that rolls the highest number starts the game. The first player must place 1 infantry from his pile of pieces onto a territory on the board. He/she gets to claim that territory. Next, the player to the left can place a unit on any unclaimed territory. The next player does the same, and so does the next player too. This continues until all of the territories (there are 42 of them) are claimed.

When all of the territories have been claimed on the game board, it is time for players to defend their territories by placing one infantry on one of their territories. This can continue in the same pattern of play as the previous round. This is an important part of the game.

When this phase is complete, it is time to deal with the cards included in the game pack. At this point, the Mission cards must be separated from the Risk cards and placed to one side for normal gameplay. The remaining Risk cards are shuffled and placed near the board, facing down. The first player now begins the gameplay.

Now that the setup and preparation to play has happened, it’s time to actually play the game. Each player must complete three parts with each turn as follows:

To start, players need to add up all of their territories and divide that number by 3. If the total cannot be divided by 3, the player gets the minimum number, which is 3. You will receive this amount of additional armies for your territory. You will want to acquire troops, which must be placed in the turn that they are acquired. Add up the value of the continents that you control entirely. You can also play bonus cards if you want to add them to the total to increase your number of troops.

When players take a turn, they can attack as many times as they want to over as many rounds as possible. It is also acceptable to attack from territories that you have just acquired or conquered. When you are finished declaring your attacks, your turn comes to an end.

Of course, this is just a basic introduction to Risk. If you want to learn more about the rules and gameplay, you will need to take a more in-depth look at the game.

If you have been wondering about Risk and what it is all about, hopefully, this brief introduction has cleared things up for you. Risk is a fun game that may seem complex, but once you have learned the rules and start thinking strategically, it becomes easy to understand and soar ahead in. 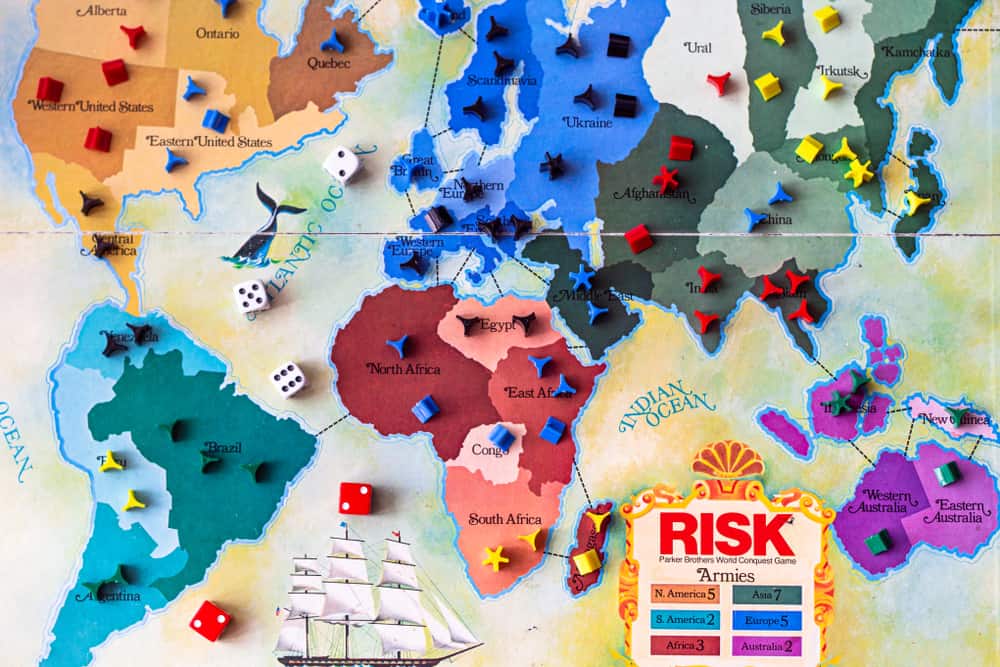 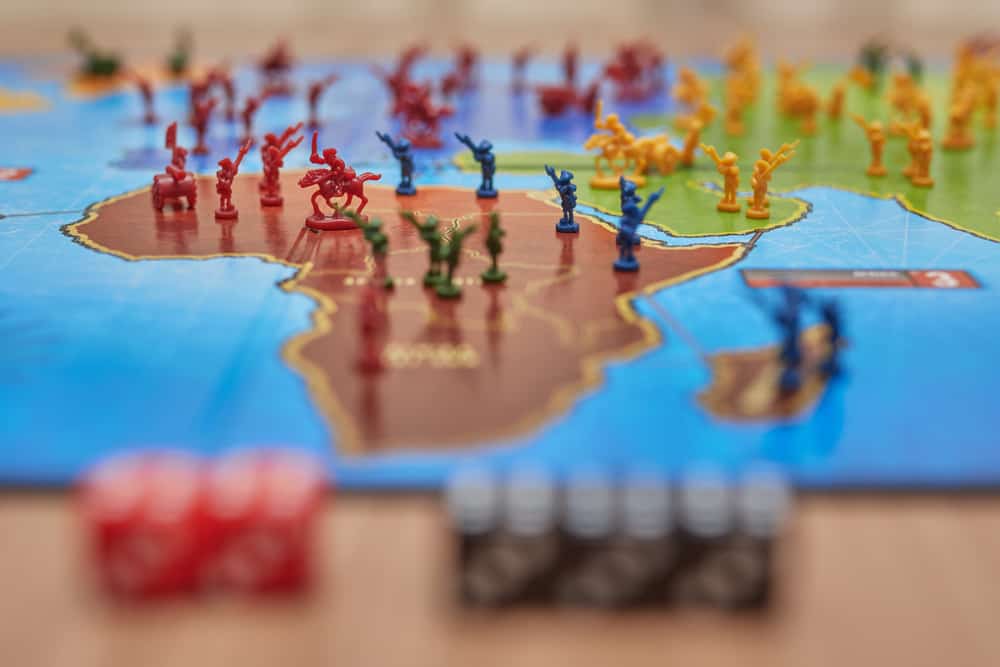