While playing poker might feel like a sport to those consistently playing it, to spectators, it is a whole different story. Poker does not really fall into the categorical definition of a sport. So, which one is it for you? Is poker a sport or isn’t it?

Let’s first take a look at the dictionary definition of “sport” (according to Oxford Dictionary) before delving a little further: “an activity involving physical exertion and skill in which an individual or team competes against another or others for entertainment”.

Many people debate whether poker is a sport or not. And those who debate it stick firmly to their beliefs, without budging.

If you like to get involved in poker competitions and find it insulting that some people do not (and will not) consider poker a sport, you are entitled to those feelings. After all, it is grueling having to sit through hours and hours of table-time, thinking, obsessing, and making what could be big-money-losing decisions. But then again, does that constitute sport?

Let’s delve a little deeper into the reasons why poker should and should not be considered a sport below.

Table of Contents show
3 Reasons Why Poker Should be Considered a Sport
1. The IMSA deemed poker a mind sport in 2010.
2. Poker players have to stay physically fit & healthy to win.
3. There is some form of physical exertion involved.
3 Reasons Why Poker Should Not be Considered a Sport
1. Poker is largely based on luck, not skill.
2. Poker spectators see no physical feats and often get bored.
3. It does not take an athlete to play poker.
Is Poker an Official Olympic Sport?
What is a Poker Athlete? Are Poker Players Athletes?
Taking everything into account

3 Reasons Why Poker Should be Considered a Sport

If you support the idea that poker should be considered a sport, you are not alone – many people do!

Below are 3 viable reasons why poker can and should be given sport status.

First off, you are probably wondering what the IMSA is. It stands for the International Mind Sports Association, and it was founded in 2005 to introduce a new selection of Olympic sports to the sporting world.

This might make you start thinking about what sort of games are “mind games”. There’s no denying that poker deserves to be on that list. The total list of mind game sports that are approved by the IMSA includes poker, bridge, chess, draughts, go, and xiangqi, mah-jong, and any game involving playing cards.

As poker is approved by the IMSA as a sport, it is a good argument to have that poker is, in fact, a ‘sport’. And no-one can really argue with that, can they?

2. Poker players have to stay physically fit & healthy to win.

You might doubt this one, but it’s true. In order for poker players to be on top of their game, they have to be fit and healthy.

Talk to any professional poker player who has to spend many long hours playing poker to make up their income, and they will tell you just how important it is to be physically fit. Without being physically fit and healthy, poker players will not be able to think strategically and will fall victim to fatigue and distraction. Intellectual thinking is based largely on living a decent, healthy lifestyle.

Some might argue that there are many poker players that are very overweight, live on bags of chips, and smoke spans of cigarettes while playing poker, but consider just how successful these poker players are? Not all poker players fit into that category of player type. It is a generally accepted concept that those who take their poker-playing career seriously have to take part in physical exercise, just like sportsmen do. Poker players can be considered professional athletes because of this.

3. There is some form of physical exertion involved.

Is there any real physical exertion involved in playing poker? I say both yes and no.

While some nay-sayers infer that poker requires no physical exertion, those who have played it know that it does. It takes a lot of effort to stay seated for hours at a time, focused, and consistently level-headed. The brain gets quite a good workout (it has to physically work while playing poker), too, not to mention the heart when there is a stressful round involved.

As the definition of sport is an activity involving physical exertion, poker could fit into that category.

3 Reasons Why Poker Should N be Considered a Sport

If you do not think that poker should be a sport, then you probably have a whole variety of your very own reasons why. If that’s the case, perhaps you agree with the following points supporting this particular notion:

1. Poker is largely based on luck, not skill.

Whoa! Poker is about luck and not skill? Here is where professional poker players will probably have a melt-down while strongly disagreeing.

Yes, I concede that a long-term career poker player develops certain skills over the years that make it a game mostly of skill and partly of luck. But for beginner players or those who only play every now and then, poker is a game that is mostly based on luck and partially on skill. It would be plausible to argue that poker is not a sport, because it requires no physical training and one cannot really win a game of poker purely on a particular learned skill.

2. Poker spectators see no physical feats and often get bored.

You might wonder what a spectator’s boredom has to do with whether poker is a sport or not. If you love poker, you might even wonder why anyone would get bored with it.

This one is directly related to the definition of sport. The definition claims that a sport is a physical activity where individuals compete for entertainment. One could argue that poker, which is aired on television, is not particularly a sport that provides entertainment. Even if spectators do watch for a bit, it is not long until they get bored or distracted and flip to the next channel.

People who watch sports for entertainment typically do so to see people push themselves to their physical limits. Doesn’t sound much like poker, does it? Poker is most exciting and entertaining to the person winning, and some would say that it is not a true form of entertainment in terms of sporting activities.

3. It does not take an athlete to play poker.

While it is expected that career poker players keep themselves fit and healthy in order to stay mentally sharp for the game, they do not have to. Anyone can learn to play poker and can excel at it. Even someone with completely no athletic abilities can learn to play poker. One would think that a ‘sport’ would require athletes, and because of this, can poker really be considered a sport?

Is Poker an Official Olympic Sport?

Things get a little tricky when trying to understand the status of poker as a sport. Some look to the Olympic sports to determine if a game is truly considered a sport. Does poker form part of the Olympic Games? In a way, it does. The Global Association of International Sports Federations accepted Match Poker as an observer in the Olympics! This was done in 2017 and was a huge step for poker.

What is a Poker Athlete? Are Poker Players Athletes?

You might be wondering, if poker is a sport to some and not to others, are professional career poker players actually considered athletes?

Since the IMSA decided that poker is a sport, poker players, who take the game seriously, have been calling themselves “poker athletes”. Those who do not believe that poker is a sport seem to have a problem with this. It is believed that a true athlete is someone who puts their body through physical training and also possesses great physical prowess. Of course, pro poker players can also argue that putting their brains under constant strain is indeed a physical exercise.

Whether or not a poker player can be considered an athlete in terms of physical exertion is really up to you.

Whether poker should or should not be considered a sport really comes down to perspective. Most people who do not play poker do not think of it as a sport, but those who do play poker feel that calling it a sport has merit. Is poker a sport or not? That’s up to you to decide! 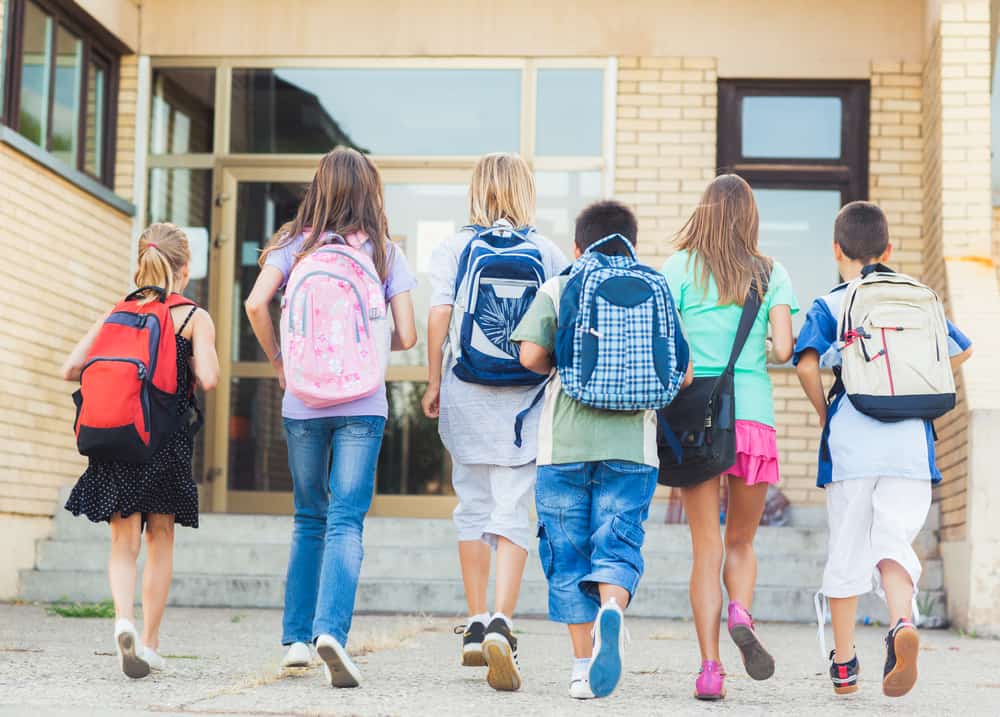 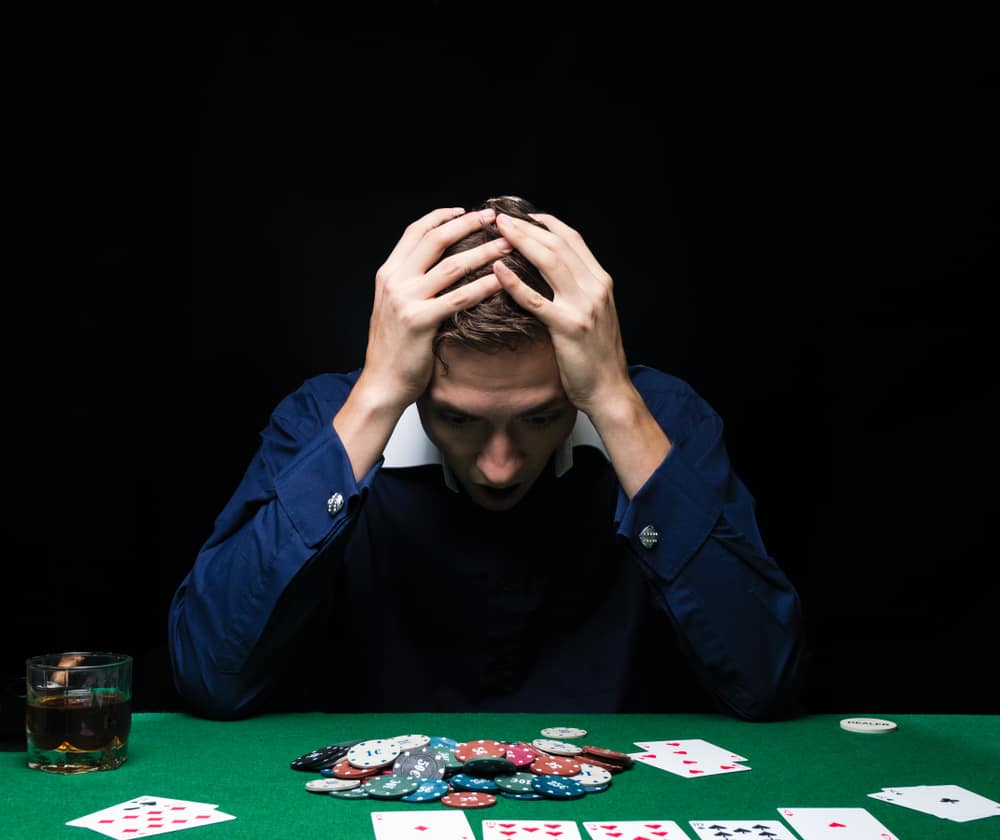