I sit down regularly for a session of crossword puzzle solving. I never really give much thought to who created the puzzle and how it became so easy for me to get my daily fix. Just the other day, I thought to myself, where do crosswords come from? What is the history and origin of the crossword puzzle? Is a crossword puzzle based on an ancient formula, or did someone just come up with it in their spare time? I must admit before I became addicted to crossword puzzles, I probably wouldn’t have cared.

All I have really cared about in the past is solving the puzzle in front of me, but now it matters to me! If you have ever wondered about the history of crossword puzzles, you are about to find out.

The history and origins of crossword puzzles:

So, there you have it. As it turns out, we have Arthur Wynne to thank for the convenient access we have to crossword puzzles. I have never heard of him before, and if you are a newbie (or even an avid puzzler), you might not have heard of him either. I, for one, am very grateful he created the puzzle game as I find crosswords to be mentally challenging, and they give me a sense of purpose and achievement.

If you are just as uninformed as I was up until now, you might want to learn a bit more about the history and origins. Read on below to find out a bit more on each of the abovementioned pointers.

How Crossword Puzzles Came to Be

The history of crossword puzzles is not particularly complex. In fact, when you read through the history and origins below, you will come to realize that Arthur Wynne created the game for fun and because of his love of a good word puzzle (or brain teaser).

It seems that Arthur Wynne was quite the puzzler in his youth, and because he got a taste for the joy of solving challenging puzzles, he wanted to create one of his own. Perhaps creating crossword puzzles was Arthur Wynne’s ultimate puzzle in the end. Let’s jump right in to learn a bit more:

1. The very first crossword puzzle was issued in 1913 in the USA.

Something you might have wondered is when the very first crossword puzzle was ever created and published.

The very first time anyone ever saw a crossword puzzle was in a newspaper called the New York World, in the United States, of course. It was the Sunday edition on 21st December 1913 that featured it. It was published by a journalist called Arthur Wynne – you already know this. But why, you ask? The editor had asked Wynne to provide the Crossword for the edition as a feature in the entertainment section. And as you know, Arthur obliged.

2. The creator, Arthur Wynne, was born and raised in England.

Was the Crossword always called a crossword? No, actually, it wasn’t. When the game first appeared in the New York World newspaper, it was called “Word-Cross”. In the early days of crossword puzzles, everyone referred to it as Word-Cross, but that didn’t last too long at all.

4. The name Word-Cross was later changed to Crossword.

It almost seems as if the name “Word-Cross” was not meant to be and soon the name was changed to “crossword”. The change in the name was not on purpose. In fact, it was the result of a typo that involved leaving out the hyphen and switching the words around. The misprint calling the puzzle a “crossword” seemed to stick. And that is the very reason why we call it a crossword puzzle today instead of Word-Cross.

5. The first crossword puzzles were diamond-shaped.

If you always thought that crossword puzzles look like they do now, you are mistaken. In fact, the first crossword puzzles created and published were diamond-shaped. To many, the idea of the crossword puzzle being a diamond shape seems weird, but it’s really not, as it appeared it was a variety of shapes at that time.

The shape of the crossword puzzle appears to be something that Arthur Wynne played around with, as in addition to his initial diamond shape design, he also created vertical and horizontal puzzles. A while later, he added blank black squares to create separations in the puzzle grid.

6. Crossword is inspired by a game called Word Squares.

After a bit of research, I found out that this is not quite the case. Arthur Wynne did have some inspiration for his creation. In fact, he based his puzzle game on a game he was exposed to in his youth, called Word Squares.

Word Squares (specifically Sator Square) is a game that was found in ancient Pompeii. This game was not exactly like crossword puzzles. Instead of having to solve clues to fill the squares on the grid, players were provided with a list of words to use. They were required to place the worlds on the grid in such a way that they read the same both up and down. That, of course, is not how a crossword puzzle works. It’s clear that crossword puzzles are not “based” on Word Squares, but rather inspired by it.

7. Newspaper publications started publishing the crossword puzzle shortly after 1913 in both the USA and the UK.

8. The world’s very first crossword puzzle book was published in 1924 in the USA.

The very first book of crossword puzzles called “The Cross Word Puzzle Book” was published in 1924 in the United States. This book currently features in the Guinness World Records. This first publication was nothing new, so to speak. Instead, it was a collection of all the crossword puzzles that had already appeared in the New York World. The book was such a success that it spurred the publishing company on to be the renowned company it is today. Of course, the publishing company involved still publishes compilations of crosswords today, and these books are extremely popular.

Another question you might have is how crossword puzzles made the jump from newspapers and compilation books to computerized games and mobile apps. You might find it interesting to know that the very first computerized version of crossword puzzles was only made available in 1997 and was created by a software company called Variety Games. The game itself, you might know it, is called “Crossword Weaver”. Nowadays, there are a multitude of crossword puzzle apps that you can play on your phone.

Make Crossword Puzzles a Part of Your Current & Future Life 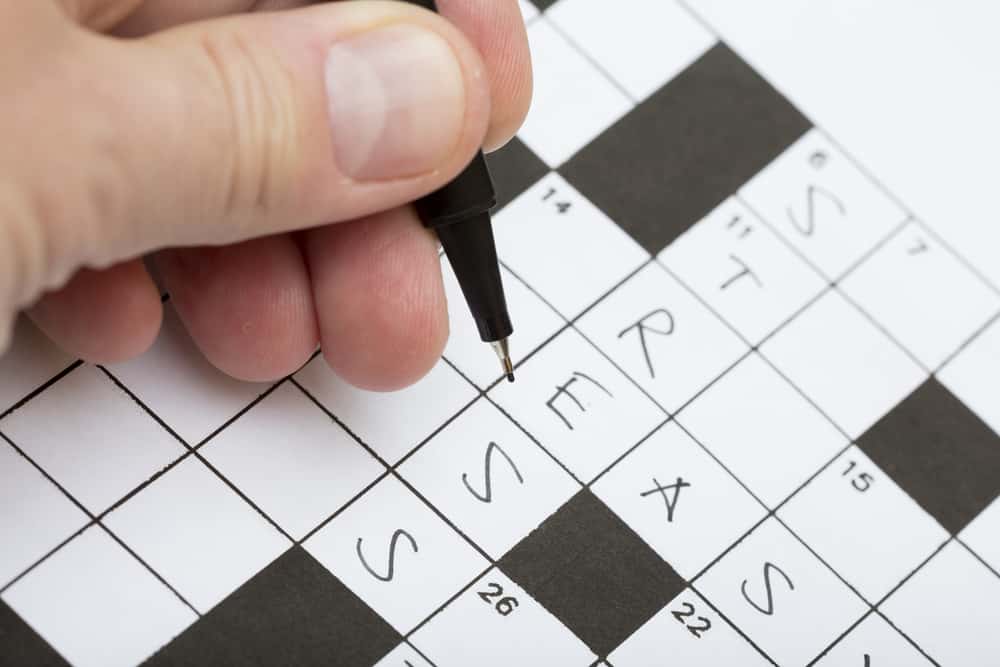